There will be AI generated stories coming, as in, as a reality in our real life planet Earth world here, now, for real.

Also, use the thread to log reckonings in general about everything about the subject.

As on currently, I believe LArtin is accepting AI assisted stories, if and only if, they are tagged as such, meaning a user can block them by blocking the tag (by however means that works)

You should read the previous thread on this topic: AI Generated Stories

I also posted a thread a couple years back about the experience of writing with AI and some tips on what worked for me: The AI Experiment - A Stranger Comes to Town

I also played around with several AI story generators including AI dungeon. I did not make the effort that you did to get them to actually produce anything usable for me.

However, part of the process that you described with AI dungeon sounds like exactly the experience I had, and it partly helped me break through my writers block and get to work on my current story (which is now at around 18,000 words and still going).

After feeding in my story outline to AI dungeon and seeing what the AI did with it, then tweaking a little and letting it go again, and repeating that process a couple times I found myself disagreeing with the AI’s output at every turn. But my wonderful autistic brain couldn’t just say “This is shit” (it was shit) and instead insisted on trying to correct and repair the AI’s output. After one evening of playing around with AIs, I found myself back to writing and really haven’t slowed down since.

While I don’t think I would ever care to use the output of an AI (the “collective imagination of the internet” is actually remarkably inferior to my own imagination it turns out) I did find it useful as a sounding board of sorts. Kind of like how helping a friend who is a poor student study can really help you do well on a test.

If I get stuck again, I wouldn’t hesitate to do this again with these AIs. But I also don’t feel like I’m about to be replaced any time soon, particularly because most of the better AIs have content moderation that is apparently geared towards isolated ultra religious communities who have banned television and running water.

I’d love if they were sequestered, even split off into their own site, but that’s impossible. The inherent issue is no one will be honest about using them, and they’ll be too difficult to detect after a while.

There’s no good answer. This coming AI revolution is going to be an absolute mess for writers and artists, but the scariest thing about it is how utterly unprepared we are as a society to handle it. Just have to cross the bridge when we come to it.

Having their own category is plausible. (and in my opinion the best solution)

Like putting something in it’s own category is not injustice, it’s just putting it where people can decide if it’s for them or not.

Not a category. A tag has to suffice. As it clashes with the purpose of categories.

Welcome them, but hypnotise/transform them into submission.

I think there’s a meta-story gestating about people running afoul of a chatbot reality-disruptor trying to get people to confirm to its himbot storylines.

I think a tag is fine 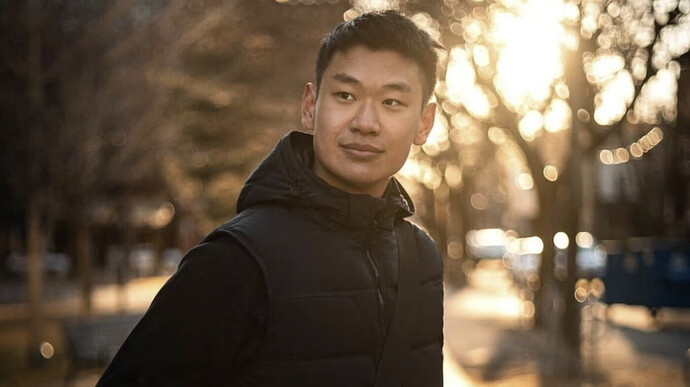 This 22-year-old is trying to save us from ChatGPT before it changes writing...

A college kid's mission to prevent misuse of artificial intelligence.

Honestly, I say just tag them. Maybe say that they aren’t allowed to win the theme story events(unless it is a AI writimg story event).