So Deviant Art and its pictures of hypnotized subjects inspired me the other day to create some of my own and I wanted to share one (maybe a few later) that put a story idea in my head. 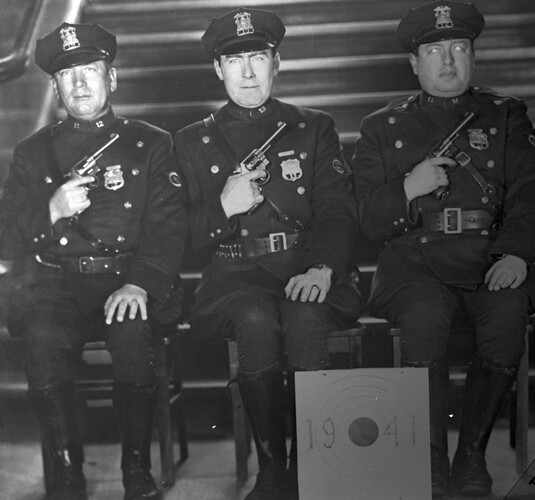 This picture inspired an idea because of the contrast between Officer 12 and 13 vs Officer 14; In 14’s case, you can see the eye change and hence the open display of mind control whereas you’d have to zoom in to 12 and 13 to see they’ve been affected just like 14. The idea was just to have a character find this picture, perhaps cleaning up an attic or basement, and just like me to see Officer 14 and then see all of them hold the same eyes. It is then that the quest to find what was going on begins. I figure the mind control that was occurring in 1941 is still occurring in the present and the hunt into this in present will also reveal what the organization behind it and the events that occur over the years and the people pulled into it. But it’s just in the early stages, just what came to mind once I saw the final image.