Looking for a story about a costume party

I was hoping you all might be able to help me out, I read a story about a year or so ago that I can’t seem to find. I don’t know if it was here, Gay Spiral Stories, or maybe somewhere else. The story was about a costume party, maybe Halloween, or a fraternity party where two of the pledges were placed in a horse costume. The pledge in the front of the costume had a real cocky ego and the one in the back of the costume should of had the ego cause he had more to brag about. Some how they got hypnotized and traded personalities.

Does it ring a bell to anyone? I can’t seem to find it and would really love to know what happened to it/find it again.

It could be this story: Two Friends Share A Halloween Costume

Not that one, but that is a great share!

I think it was called Front Horse, Back Horse by InBetween. It appears to have been removed by the author.

Thanks…that sounds vaguely familiar so I am betting you are correct.

I can confirm it is correct.

InBetween; All stories deleted by request of the Author.
One such story is literally the one your describing; two men hypnotised to be the front and back of a horse.

Thanks…too bad it was a great story

I had an idea for my own version of this story, does this sound interesting?

So my version of the Horse Costume idea is; a Gay teen, drama enthusiast. (OK, lots of moving parts to fit the scanario in, so bare with me). Gay teen, good actor, takes his drama grades seriously. Football Jock, bound for good things, Straight, one or two years older then Gay teen, bound for signings or sports scholarships after he graduates.

Story starts Jock’s dad, jock and headmaster in a meeting. The jock tried to “skip a year” by taking on a year and a half worth of study, to finish what would be three years study, in two years, to get out of education quicker and get on with his—no doubt—successful life as a sports star.

He’s failed one of his subjects (in this made up, fictional blur of highschool, college and university,) and his only option is to indeed “do” the third year, and the Jock Dad and Dad are like “for one module?!” And the headmaster is like "There is literally nothing we can do, we’re already bending over backward to push three years study into two for him, it’s just one of these things, he’ll just have to do his final year. All parties exhausted, Headmaster remembers the drama class have not put their show on yes, and the show itself gives enough of a the modules grade %, to have him pass if he does well, if only he has some token role. Just anything to get the last pass he needs.

Gay Hero (Reserved, intelligent, a little socially awkward, occasionally bullied, not popular outside of his immediate close circles, but very popular in those circles) is practicing his lines. Jock walks in Drama teacher says “Jesse?” (lets name him Jesse)

“We have a change in your role… you’re character will now be a centaur, Mason will play your back half.”

“it’s the exact same role, meet up, learn how to walk in unison with him grabbing your waste, he needs a pass and you’re his knight in shining armour, lets be honest; you’re sitting on a A anyways unless you both have a aneurism on performance night.”

and that’s where you introduce the kinda, maybe he has a crush on hot athletic types, his worries about this jock literally hugging his crotch at all times, his identity as “the actór” of the school, how unfair it is, etc, etc," (edited)

[Magic twist where magic happens]; Jock gets melded to Gay dude, for say a week or two; One digestive system, four legs, The gay dude becomes an actual centaur with the jock’s head shoulders and arms converted into his new “subconscious gut.” Gay dude has lost his dick and balls, but the Jock’s dick and balls are enlarged and contain both teen’s libidos. An extra twist will be the jock’s father at first demands to know why is son hasn’t come home. When the hero explains what happened, and that it’s impermanent, the dad is like… “So he’ll still get his grade, and he’ll transform back after?” and the hero is like “yep” and the dad is like “well, OK, if that’s what it takes, but you have to keep up his cardio and fitness.”

It sounds like an extremely interesting, complex, and well-planned story. It will definitely not be copying the original story that I posted about. There is very little similarities though they could end up in a similar anthology. I am guessing that there would be a very large following of fans for your story! 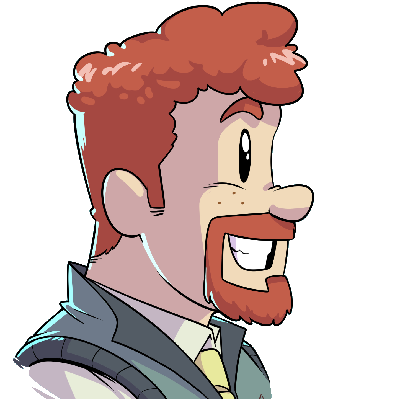 'A Horse's Ass' by The Dirty Spiders

A jock and football prodigy trying to graduate a year early, winds up potentially having to ruin the life of a younger gay actor, in order to get the pass he needs.