These have no mind control in them, so far at least, but with the creation of GayCupidStories I though I would post about these stories I enjoy s romance is an element in all of them. Sorry if this is in the wrong section. I should point out, not all of these are dating sims despite being visual novels. Many just have a single love interest, at least so far.

Hope you give one or some of them a chance.

Far Beyond the World (Ongoing)

fbtw11282×670 879 KB
This is an isekai romance adventure about an amnesiac human who wakes up in a forest of anthropomorphic wolves. With amazing art and spellbinding characters, this surprisingly political story will have you on the edge of your seat. A slow burn story that delves into the details of the wolves culture including the goddess they worship, their name trees, moonstones and currency. Kael_Tiger handles the writing, artwork and coding and deserves all the praise.

Far Beyond the World by echoesofarcane

2ef8a1_b6828253f2a94d5aa7d71de770857393~mv21000×563 210 KB
Roman wolves in space. Need I say more. Our protagonist is kidnapped to be the pet of the prince and becomes involved ina political struggle for the throne. The wolves are just one culture and there are also the cats and jackels, each with their own advanced civilisation, who may have all had a hand in the creation of the Earth.

Adastra by The Echo Project

1200×900 385 KB
Born into a religious family, Lin Tian-Liao left his hometown and moved to Taipei to study and follow his dreams, trying to escape the pressures of returning to his family’s temple in the process. His ordinary college life seemed to be going well until suddenly one day his third eye was opened. Liao, now able to see the various spirits and gods in the world, has to deal with his new found powers, his school life, and three particular cats who all want to have a say in his life and his future.

A visual novel about the pressures and consequences of deciding your future in a world of gods and spirits.

2zyhmedkv9s61794×446 52.4 KB
They’re all deceiving each other and every one of them is better at it than you. You find yourself only able to trust the most unlikely individual as a terrible plot unfolds around you. A very unique artstyle and engaging story so far. Atmac handles both the writing and the art flawlessly.

They're all deceiving each other and every one of them is better at it than you.

E5AVPWuWYAEF-mN1200×675 101 KB
Similar premise to FBTW, but more sci-fi. Only chapter has been release so far, but monthly updates are planned and it was shown the same dedication to fleshing out its world.

1200×675 109 KB
Easily one of the funniest on this list with four different romance options. You are Jayce (Name can be replaced). An insecure half breed cat who just started his college life. Follow his day to day to uncover each characters’ past to get to know them as well as figuring out the world around him.

Does anyone have any favourites that they recommend?

Well here’s a topic I can contribute to!

The main character is non-binary. It’s a Horror-Cute game with several endings and I loved all of the characters. There are 2 other entries in this series.

A fateful meeting of queer cowboys in the desert.

A trans-male western that’s a little slice-of-life or a turning point. I really liked the artstyle.

The Hayseed Knight by SandraMJ

A fully voice-acted VN about a buck failing to become a knight!

This one has some great voice acting and it’s just so darn charming.

Okay, enough cuteness, on to the smut-o-sphere of it all with the NSFW stuff.

Become a patron of Dudedle Studio today: Get access to exclusive content and experiences on the world’s largest membership platform for artists and creators.

Small On Top by Spedumon

I cannot tell you how much a love this game and how fun it was to play. A traditional RPG but here - the bigger they are the more they bottom for smaller skinnier dudes. What a turnaround! (Okay, it’s not a visual novel BUT it does have a story so…I’m sharing it. The rest are though).

Extracurricular Activities is a furry visual novel where the player is trying to date members of his tennis team.

Visual novel in the sports world, and you may recognize the artist Captain GerBear from his games “See No Evil” (a fave of mine) or “Bastard Bonds”. 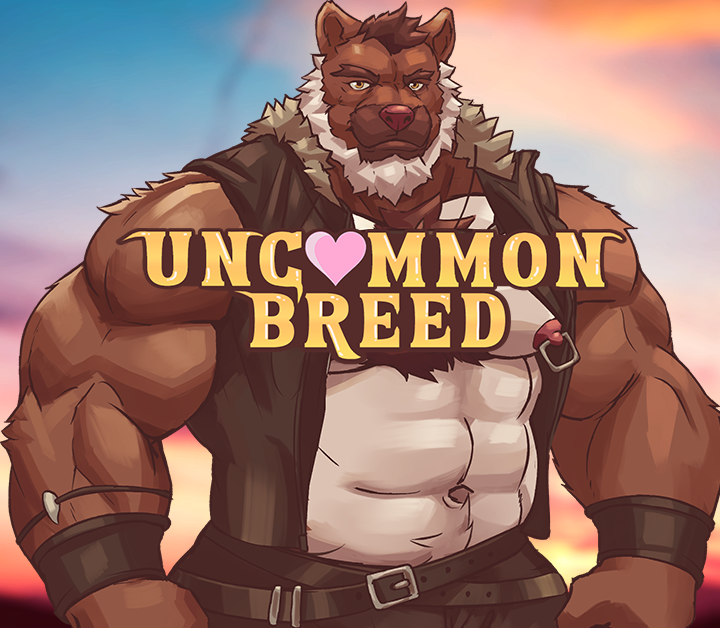 People have crowed about this one (that wasn’t a furry joke). Haven’t played it much but I thought I’d share.

An interactive adult visual novel about a young prince forced to flee his home for his life.

The art here is just gorgeous. They’re really developing something top notch here so I hope folks will enjoy it. Updates are made every few months (a few times a year).

And that’s it from me!

I guess a lot of that stuff is in development but they’re things to keep your eyes on.

Repeat: Taking place in a school the main character experiences strange happenings from a ghost to wittnessing the pasts of his friends. Basically a dating sim but still among my faves. (Ongoing) Repeat (Visual Novel) by shirokoi

I’ve just started Extracurricular Activites and having a blast. First Spencer than Darius.

A few new ones I’ve played.

This story is brand new and only one chapter long but I enjoyed what I’ve read so far and already thinking about the possibilities of where this story could go. It’s the story of how an ordianary raccoons life is disrupted after witnessing a fight between a superhero and villain. Chapter 2 is expected soon.

A story of heroes, villains, and everyone in between.

Similar to “Far Beyond the World” but with a world similar to Earth and no amnesia. The artstyle is divisive but I really like it, though those who prefer their guys on the slimmer side might be out of luck.

In Case of Emergency (Ongoing)

MQwTHG1920×1080 203 KB
Currently on hiatus but showing promise. Story of college student discovering a fantasy world paraleel to our own and his place in a prophecy about the darkness threatening to swallow. Inuyasha mixed with King Arthur.

In Case of Emergency by phibbean

Story of an aspiring DJ ends up getting pulled into a huge conspiracy after learning a leading tech company might not be all they seem.

How on Earth is that artstyle divisive? I’m not even into furry stuff and those guys are hot.

Maybe because it diviates from the norm. I don’t get it myself as I love the style too. It makes it stand out. Someone did say they were put off by how angular the characters looked.